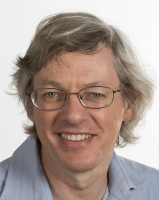 The University of Manchester, United Kingdom

At the METAL´19 conference Stuart Lyon will present an invited lecture at the session D.

Brief biography
Stuart Lyon grew up in the West of Scotland and undertook his undergraduate and Ph.D. degrees at Cambridge University studying metallurgy and electrochemistry. He joined the Corrosion and Protection Centre at the former University of Manchester Institute of Science and Technology in 1983. He was awarded the DSc degree from UMIST in 2002 for research into atmospheric corrosion and protective coatings and the Grande Medallion of the French Corrosion Society in 2012 for his contributions to the subject.

Research interests
Stuart Lyon’s interests span most aspects of corrosion and corrosion protection however he is best known for his work on mechanisms of atmospheric corrosion, corrosion inhibition and corrosion protection by organic coatings. He is interested in multi-analytical approaches to problem solving and mechanistic understanding and some 15 years ago was the first to elucidate the mechanism for the 1st generation of chromate replacement pigments used in controlling cut-edge corrosion on coil-coated steel. He has collaborated with International Paint (now part of AkzoNobel) for over 20 years and for the last 7 years has held the named AkzoNobel Chair in Corrosion Control. His research group collaborates widely with other colleagues in the School of Materials and more widely in the Faculty where complementary expertise assists the research.